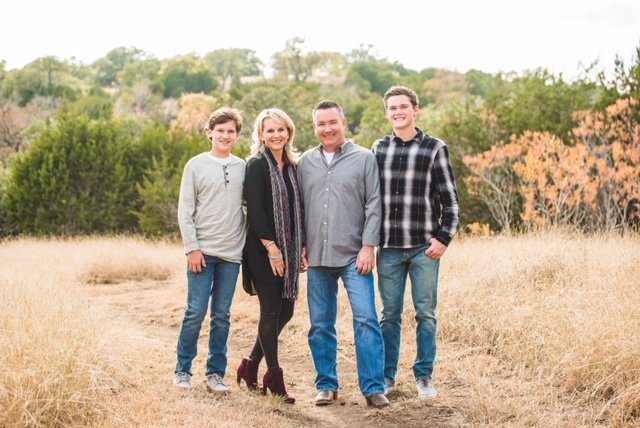 Kevin Guerin was born in Houston, Texas and is a lifelong Texan. He attended Texas State University, where he met his beautiful wife to be Heather. Heather and Kevin married in 1997, and have lived in Austin, Texas ever since. They have two wonderful boys that are very active baseball players. Their oldest son, Parker, played one year at Dallas Baptist University and is now continuing his education at Louisiana State University. Their youngest son, Greyson, plays on the Lake Travis High School baseball team.

Heather and Kevin have been in the real estate industry since the early 2000s and have been managing properties for investors since 2005.

Kevin likes to spend time on the lake and golf course when he is not helping investors with their properties or on a baseball diamond watching his two boys compete. 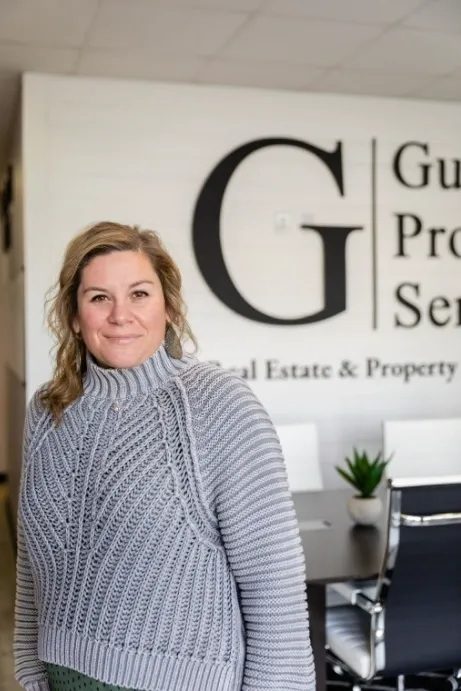 With over sixteen years experience in customer service, Shelby is a dedicated and focused Office Manager who excels at prioritizing and completing multiple tasks simultaneously. Shelby relocated to Austin from Utah in 1996 and has experienced the tremendous growth of the area firsthand. When Shelby is not providing oversight of the day-to-day management of Guerin Property Services' extensive tenant and owner base you will find her experiencing all Austin has to offer with her family. 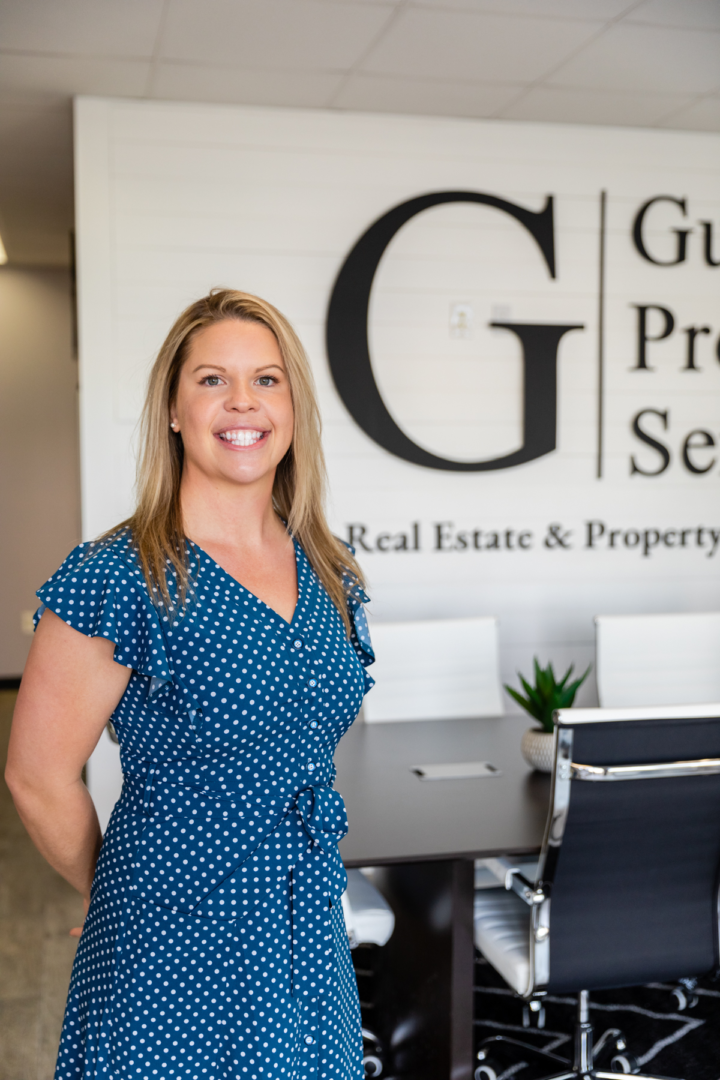 Robin came to the Guerin Property Team with her own entrepreneurial business development experience after 15 years of building two different successful insurance agencies and 3 years working to build out a Fraud Detection Program at a highly successful real estate/property management firm, Amherst. Her goals at Guerin Property Services are driven by an excitement to create enhanced efficient processes, making the GPS team the best in the industry on the investment real estate and property management side. Growth and development of the business are on the forefront of her daily duties, along with investment owner and tenant satisfaction. Outside of business hours, Robin enjoys reading, spending time with her family in the wonderful outdoors while hiking and mountain biking, and listening to live music. Lizette grew up as the oldest child of 4, in a small town in southwest Texas. She and her husband, Jaime, have raised 4 kids, whom they adore! She believes home is where the best memories are made, and where life is lived! In 2003, she got her start in sales, when she opened her own insurance agency, which is still in business, and run by her husband today. On her days off, she loves shopping, cooking for her family and friends, and exploring Austin! She loves meeting new people and building strong relationships. She is passionate about what she does and thrives on helping people find a place where they can call home! Home is where the heart is! 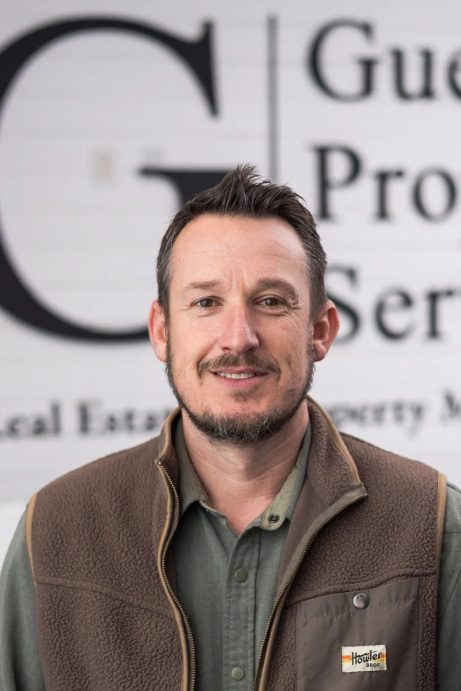 Jason Lynch, born in West Texas and spent most of my life in Houston and moved to Austin in 2016. Jason spent 27 years in the automotive industry, after starting in sales he then quickly moved to finance. His last 15 years in the auto industry were spent as a General Sales Manager and Finance Director. He is married to Ashley and has 5 children ranging in age from 24 to 2 years. In his free time he likes to spend time with his family, fishing, playing golf, and hanging out in the country. Chad Eastwood is a real estate agent covering both the greater Austin and San Antonio markets. Originally from Dallas, Chad moved to Austin in early 2000 and has experienced the tremendous growth of this city firsthand. Chad got his start in real estate in 2011 at Guerin Property Services where the main focus was acquiring and managing investment properties for our clients. From 2013 to 2015 Chad was also an Investment Location Manager covering the Austin/San Antonio markets for real estate tech startup HomeUnion, an online real estate investment management firm. Having helped with the acquisition, rehab, leasing, and management of hundreds of properties in the greater Austin and San Antonio markets, Chad truly understands the process from start to finish. With an unparalleled work ethic and a comprehensive knowledge of Central Texas real estate, Grant Brust, provides his colleagues and clients with only the greatest investment opportunities. He is strategic and meticulous, utilizing cutting-edge research and marketing technology to deliver results. Grant analyzes and underwrites newly surfacing properties, ensuring only immaculate investment properties are delivered to clients. Spending a lot of time outside growing up, he adores the warmth of nature. Grant loves to spend time with his dog at the nearest body of water or where ever the sun can be felt. Brittney joined Guerin Property Services in January of 2022 as a Property Manager and Maintenance Coordinator. Brittney is known for her compassion, and ability to connect with clients in an authentic way. It is important to her that she establishes trust within her relationships so that her clients know that she is always on their side. Brittney’s passion for helping people, led to her pursuing her Real Estate license, a goal she is planning on completing this year!

In her spare time, Brittney enjoys exploring what Austin has to offer, from live music to outdoor activities such as hiking, camping, and spending time on the lake. Sherilyn is the most recent addition to the Guerin Property Service's Sales and Acquisitions team. Sherilyn started her real estate career weeks after graduating from Louisiana State University in Baton Rouge, where she worked with two of the highest performing agents in the state and contributed to record-breaking numbers. After a spontaneous move to Austin in 2015, she met her fiancé listening to live music in downtown Austin during SXSW. The pair decided to open a food trailer that ran successfully for nearly 4 years before she entered back into the sales world. With 12 years of real estate, sales and customer service experience, Sherilyn operates with tenacity, fairness, professionalism, authenticity and with her clients' absolute best interest in mind. Her dedication to educating her clients and finding the best fit investment opportunities is unmatched. In 2002, Levi started his journey in demolition and remodel work for residential homes. In 2003, he learned new home construction while installing sewer and water lines for residential homes. While working for three different plumbing companies, he worked his way up to being a crew leader and a backhoe operator for the last three years of that particular trade ending in 2009 when the home economy crashed.

Levi went on to enlist as a United States Army Paratrooper in 2009 and received an honorable discharge in 2013 after completing his deployment to Afghanistan and two years of team leadership duties. After his departure from the United States Army, he began a new local government job as a crew leader installing and repairing the water and sewer mains and repairing and paving new roads. He shortly thereafter obtained his irrigator's and backflow licenses from TCEQ along with receiving arborist accreditation and the responsibility to maintain all of the trees.

In 2021, Levi opened up a business testing backflows and repairing irrigation lines while also completing subcontractor work. After his business received and completed several successful Guerin Property Services' maintenance repair requests, a strong partnership grew and he was recruited to the team as our current Maintenance Manager and Director of Field Operations for Guerin Property Services, overseeing the maintenance of more than 250 investment properties.

Who We Are Partnering With

These are the outstanding people that keep us successful